The bill in question was sponsored by Sens. Ron Wyden (D-Ore.), Pat Toomey (R-Pa.) and Cynthia Lummis (R-Wyo.), and it plans to help innovation around the burgeoning cryptocurrency space. However, the alternative amendment presented by Sens. Portman, Mark Warner (D-Va.) and the White House consider miners, validators or hardware wallet providers as “brokers” and requires them to report transactions to the Internal Revenue Service (IRS).

Denelle Dixon, CEO of Stellar Development Fund (SDF), took to Twitter to voice her opinion that blockchain innovation in the US should support “smart legislation and accountability that makes sense.” She added,

We agree with industry leaders that brokers such as crypto exchanges should comply with reporting obligations. But defining, for example, a Stellar network node or validator as a broker simply doesn’t make sense. Validators don’t have customers, don’t execute trades, and lack reportable information.

While the bill supports cryptocurrency innovation and keeps the US at the forefront, including the recently introduced amendment will seriously stifle growth and discourage start-ups, according to industry insiders.

XLM price rallied a total of 58% in roughly 18 days between July 20 and August 8. While a similar ascent was seen across the cryptocurrency landscape, things have taken a turn as the big crypto retraces.

For Stellar, the Momentum Reversal Indicator (MRI) flashed a sell signal in the form of a red ‘one’ candlestick on the 6-hour chart, signaling exhaustion of the uptrend. This technical formation forecasts a one-to-four candlestick correction.

Therefore, investors can expect the 10% descent seen so far to extend. The first support level that the bears are going to encounter is $0.262. While XLM price might consolidate here, a breach would push it to $0.251, which would constitute a 12% correction from the current position.

Due to the sideways movement seen around $0.251 during the run-up, market participants can expect this support floor to prevent further sell-offs. 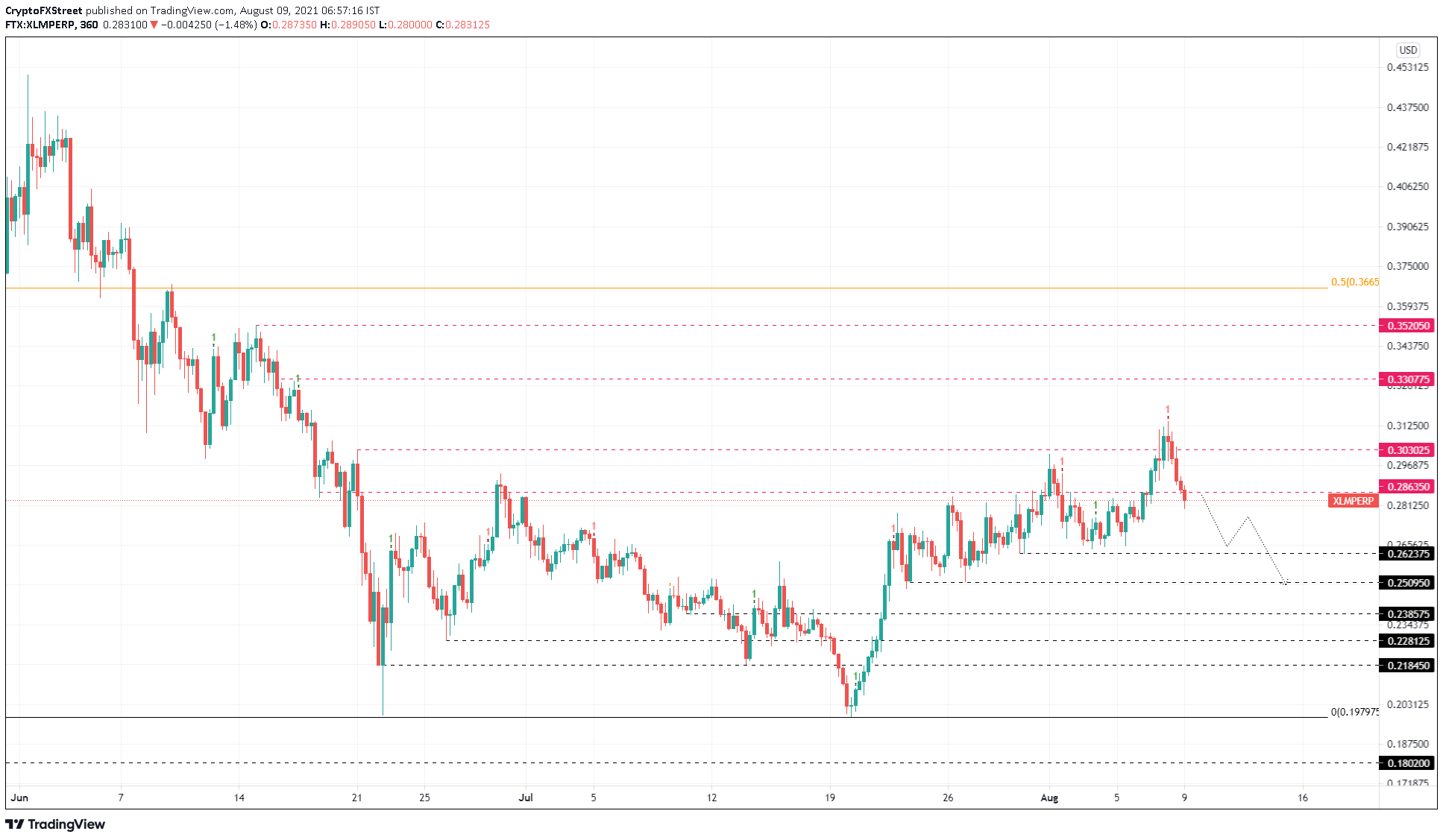 Regardless of the bearish outlook, things could quickly turn around for XLM price if it reclaims $0.286. This move would suggest that the buyers are back. A further climb that swiftly produces a decisive 6-hour candlestick close above the August 8 swing high at $0.314 will invalidate the bearish thesis.

If the bullish momentum continues to pour in after this ascent, Stellar price might tag the $0.331 resistance level.