The question at the heart of science fiction and fantasy is “what if?” What if gods were real, but you could kill them? What if humans finally made it out among the stars — only to discover we’re the shabby newcomers in a grand galactic alliance? What if an asteroid destroyed the East Coast in 1952 and jump-started the space race years early?

This year’s summer reader poll was also shaped by a series of “what ifs” — most importantly, what if, instead of looking at the entire history of the field the way we did in our 2011 poll, we only focused on what’s happened in the decade since? These past 10 years have brought seismic change to science fiction and fantasy (sometimes literally, in the case of N.K. Jemisin’s Broken Earth series), and we wanted to celebrate the world-shaking rush of new voices, new perspectives, new styles and new stories. And though we limited ourselves to 50 books this time around, the result is a list that’s truly stellar — as poll judge Tochi Onyebuchi put it, “alive.”

As always, there was a pretty extensive decision-making process that went into the list, involving our fabulous panel of expert judges — but we know you eager readers want to get right to the books. So if you’re inclined, follow these links to find out how we built the list (and what, sadly, didn’t make it this year). Otherwise, scroll on for the list!

We’ve broken it up into categories to help you find the reading experience you’re looking for, and you can click on these links to go directly to each category:

How We Built This

Wow, you’re some dedicated readers! Thanks for coming all the way down here to find out more. As I said above, we decided to limit ourselves to 50 books this year instead of our usual 100, which made winnowing down the list a particular challenge. As you may know, this poll isn’t a straight-up popularity contest — though, if it were, the Broken Earth books would have crushed all comers; y’all have good taste! Instead, we take your votes (over 16,000 this year) and pare them down to about 250 semifinalists, and then during a truly epic conference call, our panel of expert judges goes through those titles, cuts some, adds some, and hammers out a final curated list.

What Didn’t Make It — And Why

As always, there were works readers loved and voted for that didn’t make our final list of 50 — it’s not a favorites list if you can’t argue about it, right? Sometimes, we left things out because we felt like the authors were well-known enough not to need our help (farewell, The Ocean at the End of the Lane, Neil Gaiman, we hope you’ll forgive us!), but mostly, it happened because the books either came out before our cutoff date or already appeared on the original 2011 list (sorry, Brandon Sanderson! The first Mistborn book was actually on this year’s list, until I looked more closely and realized it was a repeat from 2011.)

Some books didn’t make it this year because we’re almost positive they’ll come around next year — next year being the tenth anniversary of our original 2012 YA poll, when (spoiler alert!) we’re planning a similar re-do. So we say “not farewell, but fare forward, voyagers” to the likes of Raybearer, Children of Blood and Bone and the Grishaverse books; if they don’t show up on next year’s list I’ll, I don’t know, I’ll eat my kefta.

And this year, because we only had 50 titles to play with, we did not apply the famous Nora Roberts Rule, which allows particularly beloved and prolific authors onto the list twice — so as much as it pains me, there’s only one Seanan McGuire entry here, and Max Gladstone appears alongside poll judge Amal El-Mohtar for This is How You Lose the Time War, but not on his own for the excellent Craft Sequence. Which — as we said above — you should ABSOLUTELY read.

Usually, readers will vote at least some work by our judging panel onto the list, and usually, we let the judges themselves decide whether or not to include it. But this year, I put my editorial foot down — all four judges made it to the semifinals, and had we not included them, the final product would be the less for it. So you’ll find all four on the list. And we hope you enjoy going through it as much as we enjoyed putting it together!

View this story on npr.org 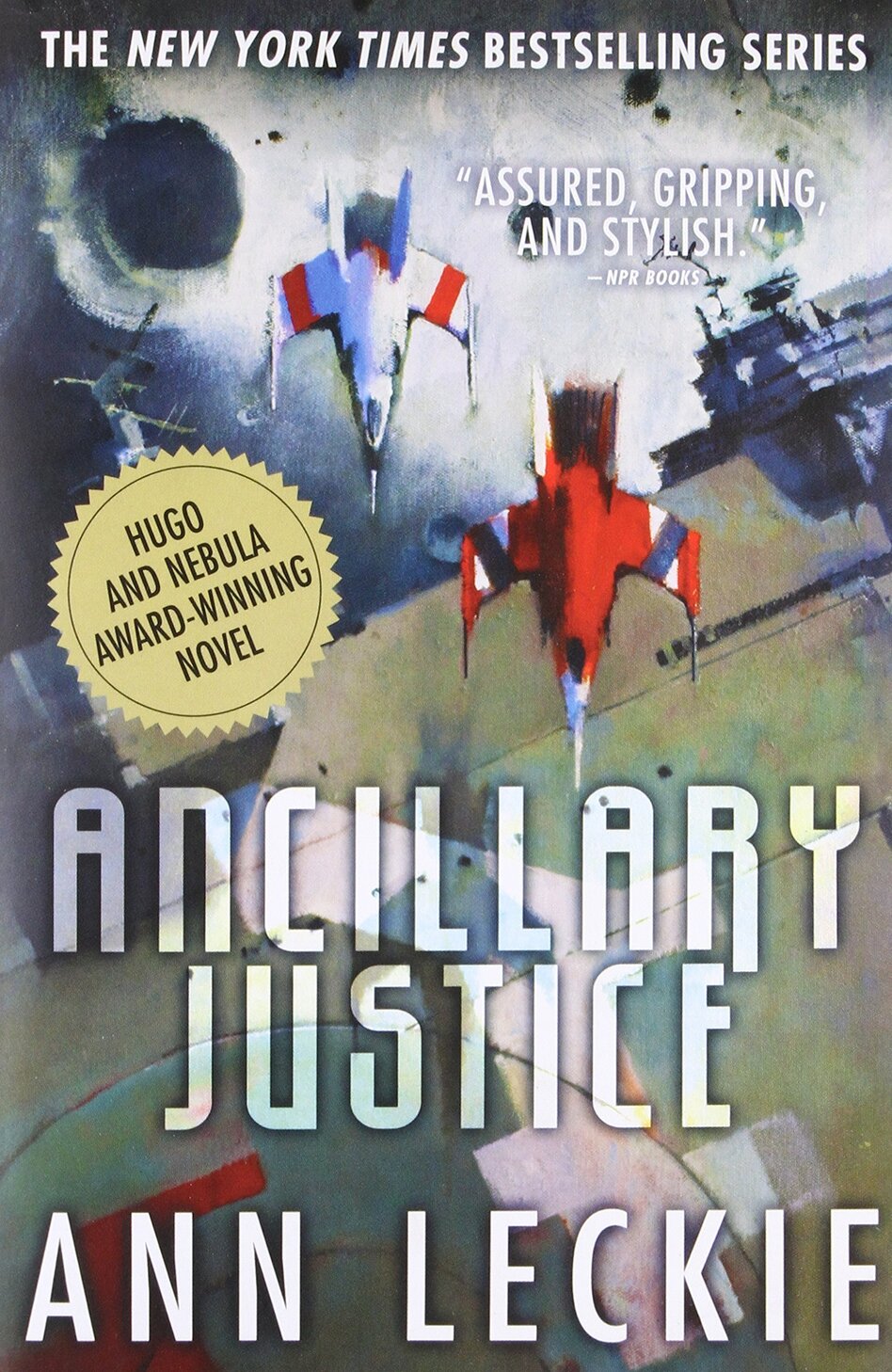 Breq is a human now — but once she was a starship. Once she was an AI with a vast and ancient metal body and troops of ancillaries, barely animate bodies that all carried her consciousness. Poll judge Ann Leckie has created a massive yet intricate interstellar empire where twisty galactic intrigues and multiple clashing cultures form a brilliant backdrop for the story of a starship learning to be a human being. Your humble editor got a copy of Ancillary Justice when it came out and promptly forced her entire family to read it. 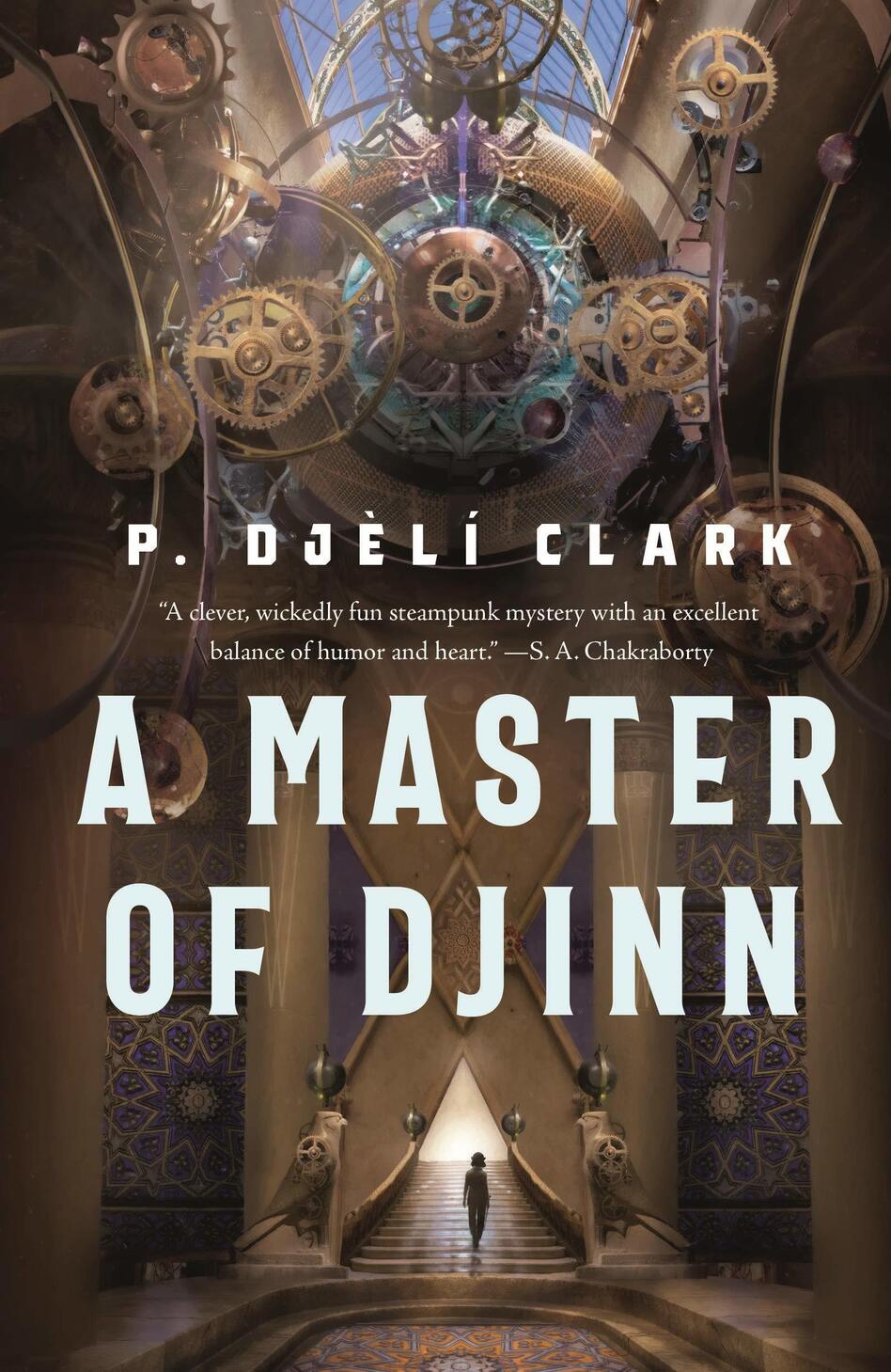 What a wonderful world P. Djélì Clarke has created here — an Arab world never colonized, where magic-powered trams glide through a cosmopolitan Cairo and where djinns make mischief among humans. Clarke’s novella Ring Shout also showed up on our semifinalists list, and it was hard to decide between them, but ultimately our judges felt the Dead Djinn Universe offered more to explore. But you should still read Ring Shout, a wild ride of a read where gun-toting demon-hunters go up against Ku Klux Klan members who are actual, pointy-headed white demons. Go on, go get a copy! We’ll wait.

The Age of Madness Trilogy 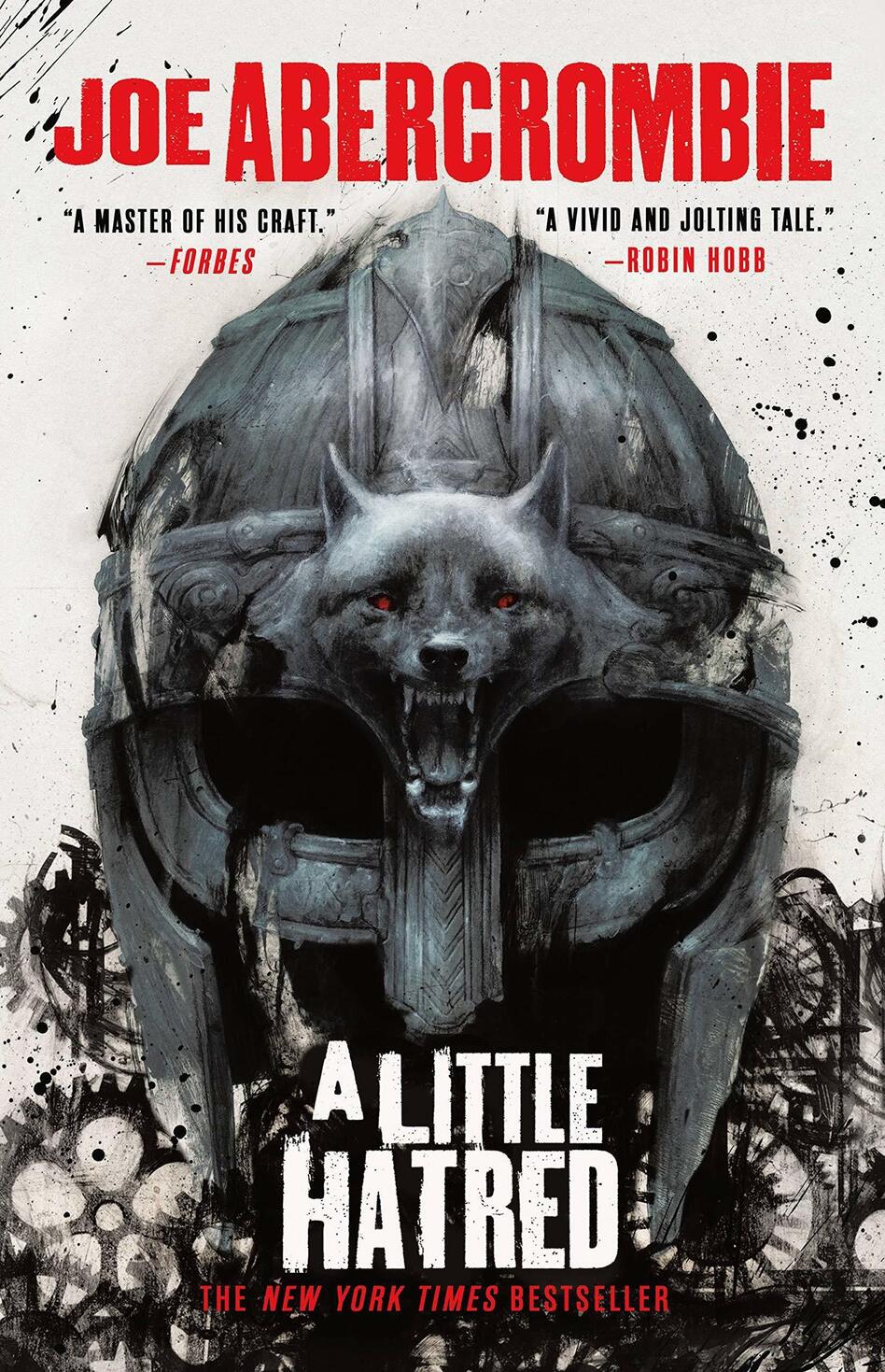 One of my pet peeves with fantasy novels is they sometimes don’t allow for the progression of time and technology — but in Joe Abercrombie’s Age of Madness series, the follow-up to his debut First Law trilogy, industrialization has come to the world of The Union, and it’s brought no good in its wake. More than that — machines may be rising, but magic will not give way, and all over the world, those at the bottom of the heap are beginning to get really, really angry. This series works as a standalone — but you should also read the excellent First Law series (even though it’s old enough to fall outside the scope of this list). 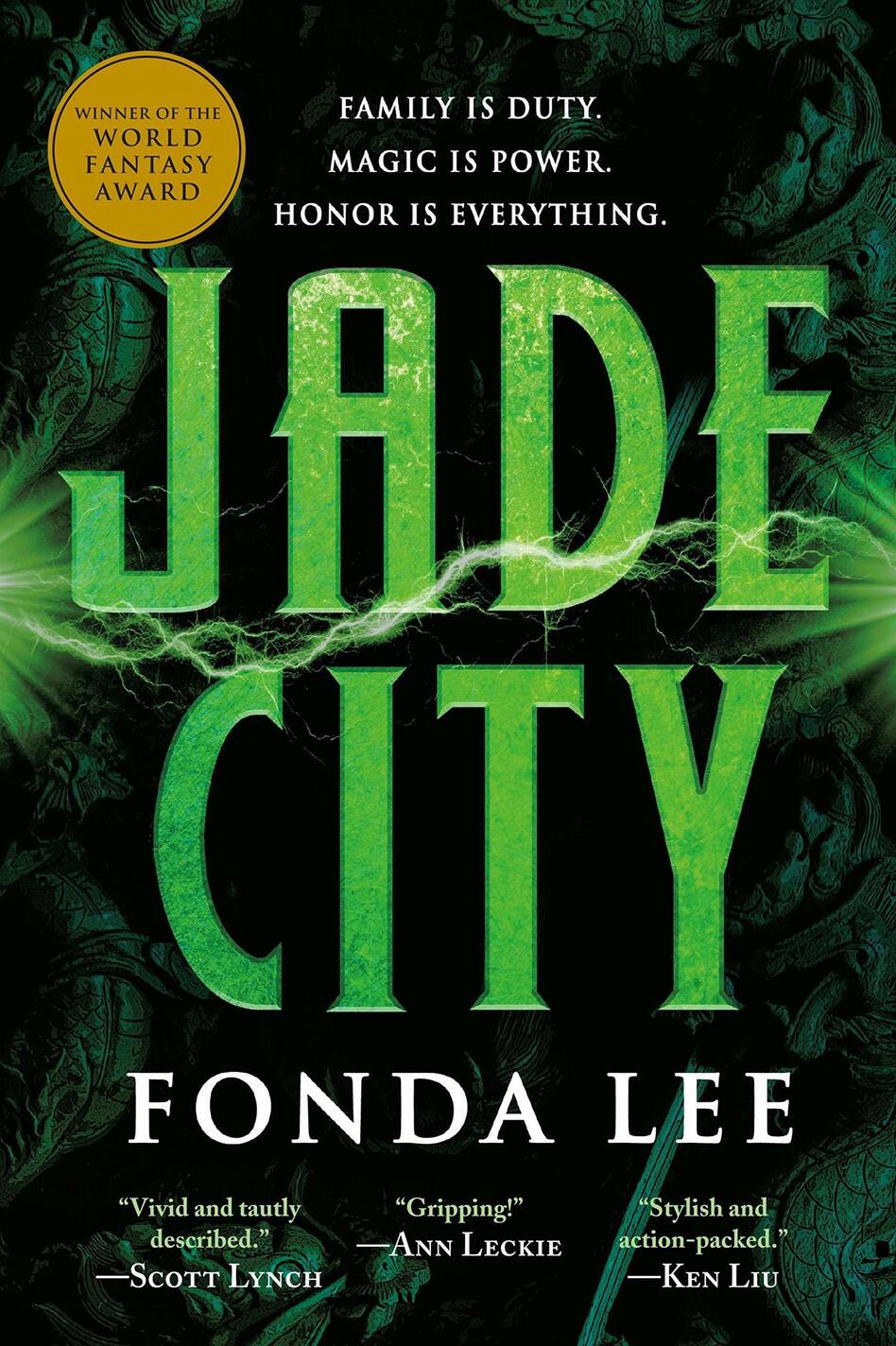 This sprawling saga of family, honor, blood and magical jade will suck you in from the very first page. Poll judge Fonda Lee’s story works on every conceivable level, from minute but meaningful character beats to solid, elegantly conveyed world-building to political intrigue to big, overarching themes of clan, loyalty and identity. Plus, wow, the jade-powered martial arts sequences are as fine as anything the Shaw Brothers ever put on screen. “Reviewing books is my actual job,” says fellow judge Amal El-Mohtar, “but I still have to fight my husband for the advance copies of Fonda’s books, and we’re both THIS CLOSE to learning actual martial arts to assist us in our dueling for dibs.” 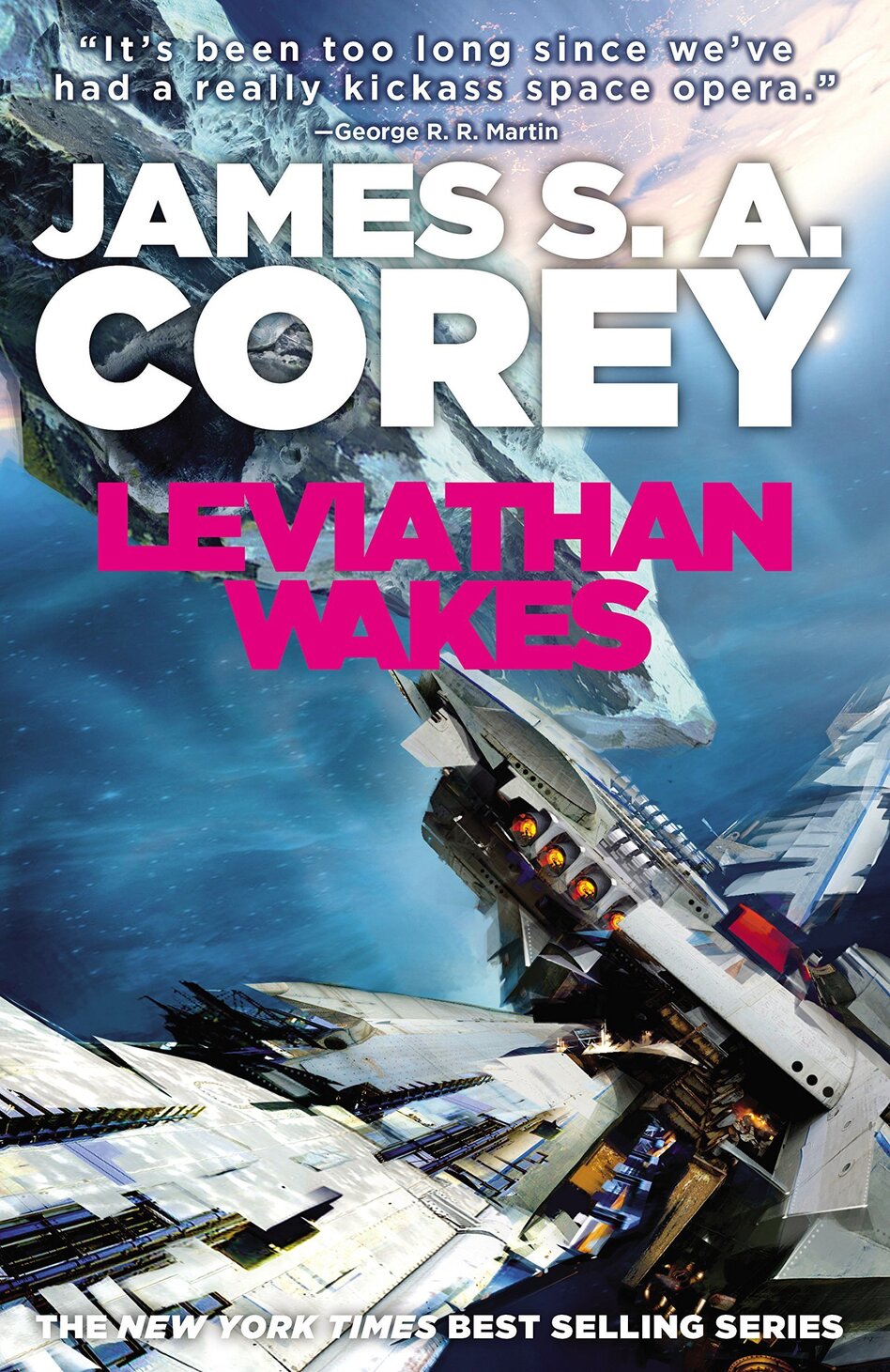 Yes, sure, you’ve seen the TV show (you HAVE, right? Right?) about the ragtag crew of spacers caught up in a three-way power struggle between Earth, Mars and the society that’s developed on far-off asteroid belts. But there’s much, much more to explore in the books — other planets, other characters, storylines and concepts that didn’t make it to the screen. Often, when a book gets adapted for film or TV, there’s a clear argument about which version is better. With The Expanse, we can confidently say you should watch and read. The only downside? Book-Avasarala doesn’t show up until a few volumes in. 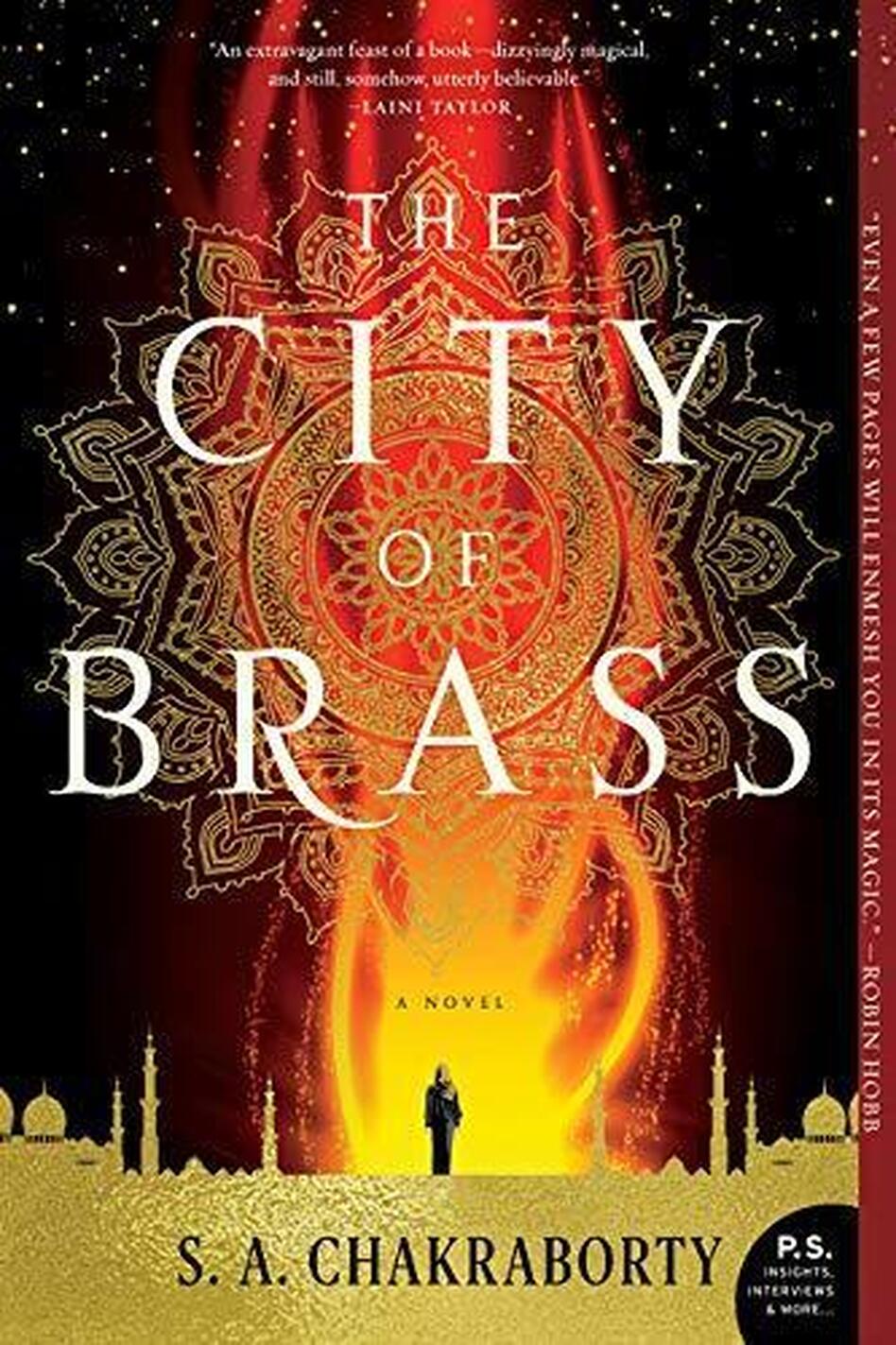 Nahri is a con woman (with a mysteriously real healing talent) scraping a living in the alleys of 18th century Cairo — until she accidentally summons some true magic and discovers her fate is bound to a legendary city named Daevabad, far from human civilization, home of djinns and bloody intrigues. Author S.A. Chakraborty converted to Islam as a teenager and after college began writing what she describes as “historical fanfiction” about medieval Islam; then characters appeared, inspired by people she met at her mosque. “A sly heroine capable of saving herself, a dashing…

Read More:We Asked, You Answered: Your 50 Favorite Sci-Fi And Fantasy Books Of The Past Decade