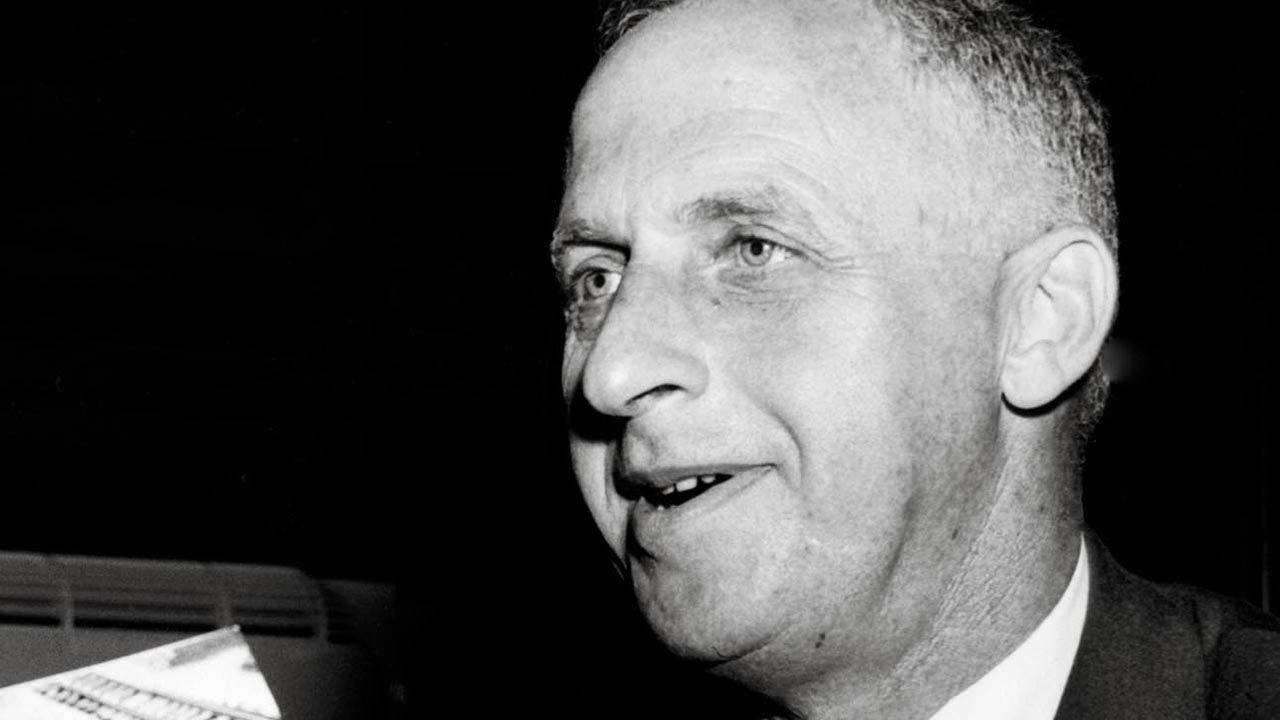 “If you’ve done a thing the same way for two years, look it over carefully. After five years, look at it with suspicion. And after 10 years, throw it away and start all over.” – Al Perlman

Activist hedge funds such as TCI abhor the status quo, of which railroads too typically are an embodiment.

Among too few railroad iconoclasts was Alfred E. Perlman, an assembly line of creative thinking—a MIT-trained engineer with a Harvard Business School master’s degree in railway transportation and a sterling reputation earned in leadership posts at Northern Pacific, Denver & Rio Grande Western and Chicago, Burlington & Quincy. In 1954, Perlman was recruited by activist investor Robert R. Young to modernize moribund New York Central Railroad (NYC), but it was too late.

Perlman was quoted in the Jan. 3, 1958, New York Times, “If you’ve done a thing the same way for two years, look it over carefully. After five years, look at it with suspicion. And after 10 years, throw it away and start all over.”

Perlman’s subsequent efforts as president of successor Penn Central, a combination of two already technically bankrupt carriers—NYC and the Pennsylvania Railroad—were dashed by Penn Central’s chairman, Stuart T. Saunders, an attorney more invested in politics and the arts than the essentials of boots-on-the ground railroading, as was Perlman. (Curiously, Saunders, when head of the PRR, was named Railroader of the Year by Modern Railroads—later acquired by Railway Age—twice, consecutively, in 1965 and 1966, when “The Standard Railroad of the World” was descending into bankruptcy.)

A more modern and equally rare iconoclast was E. Hunter Harrison, celebrated for attacking the status quo through implementation of Precision Scheduled Railroading (PSR) and introduction of hourly pay for train crews in place of an outdated mileage-based pay system dating to when trains traversed 100 miles in eight hours. Yet even Harrison was a Johnny-come-lately, as a decade’s earlier introduction by automobile manufacturers of Just-in-Time inventory management—the arrival of raw materials and parts to coincide with a precise manufacturing schedule—sooner begged for PSR.

There were other creative railroaders, of course, but too few. Warren Buffett’s Berkshire Hathaway investment fund wouldn’t have paid a $22 billion premium above market value for BNSF had it not recognized pockets of managerial inventiveness, in particular, those of Matt Rose. In 1988, BNSF predecessor Burlington Northern introduced a marketing innovation—the auction of Certificates of Transportation (COT) for moving grain in unit trains, with shippers permitted to trade COTs among themselves; and BNSF coal shippers in 2001 were encouraged to purchase options to “buy” future trainload capacity.

More common has been complacency among railroaders. It took the prodding of steamship operator American President Lines in 1984 to propel railroads, beginning with Union Pacific, into the double-stack business using lower-center-of-gravity, multiple-unit-articulated well cars.

Intermodal was almost smothered by status-quo-clinging railroaders. During the early 1950s, as railcar manufacturer Pullman-Standard was introducing a flatcar to carry rubber-wheeled highway trailers, terming it “piggyback,” Edgar V. Hill, chairperson of the Traffic Executives Association of the Eastern Railroads, was quoted in the Nov. 19, 1953, Wall Street Journal:

“Railroads would be at the mercy of the whims of the trucking companies, who might decide to stop using the flatcar service anytime they wished. To be economical, the flatcars would have to be assembled in trains of about 100 cars, requiring all four trunk lines competing between New York and Chicago, for example, to invest in big car fleets. Thus, total capacity might very likely be beyond the available market for such traffic.”

Future President Harry S Truman said on the Senate floor on June 16, 1938, “There are great rail systems in this country now being operated by lawyers and engineers and accountants who could not sell gold dollars for 95 cents. Rail management can only see straight down the right-of-way as it was laid out in 1890, and all the help is of the same frame of mind. What the rails need is some young blood with imagination.”

Activist investor Snehal Amin, who in 2008 led TCI in gaining control of a minority of CSX board seats, later opined in a Railway Age interview that “an independent, industry-knowledgeable chairman, responsible to shareholders, should be challenger-in-chief of the CEO.” He faulted railroads that do not separate the posts.

On the other side of the ledger was Surface Transportation Board (STB) predecessor Interstate Commerce Commission (ICC). An advocate for stagnation, the ICC smashed numerous railroad attempts at innovation, contributing to a perpetuation of the status quo, an exodus from the industry of those unwilling to be stultified, and diversion to industries more hospitable to inventiveness of the best-and-brightest engineering and business school elite.

In 1957, coastwise vessel operator Sea-Land partnered with truckers to move containers between North Atlantic, South Atlantic, and Gulf ports at rates lower than all-rail boxcars. In response, New York, New Haven & Hartford Railroad and its connections established competitive trailer-on-flatcar (TOFC) rates between Eastern points and Dallas-Ft. Worth. But the ICC said “no,” ordering the rail TOFC rates raised 6% higher than the Sea-Land rates—a differential the ICC said was necessary because the ocean carriers could not compete with railroads at those lower rates and remain in business.

In 1965, Southern Railway, under the leadership of President and CEO Bill Brosnan, introduced a 100-ton jumbo covered hopper car (Big John) to regain market share of feed grains lost to barges operating on the Mississippi, Ohio and Tennessee rivers. Big John held twice the capacity of a boxcar, was lighter in weight and more quickly loaded and unloaded. The ICC again said “no,” yet acknowledging Big John as “a major breakthrough in the control of costs, and a notable advance in the art of railroading.” In ordering lower Big John tariff rates cancelled, the ICC said such innovative lower-cost service, coupled with lower rates, would build a “wall” along…