TOKYO, JAPAN / ACCESSWIRE / August 18, 2021 / Octopus Network, a brand new multichain cryptonetwork born to bootstrap and run application-specific blockchains, aka appchains, claims that by providing flexible leased security, out-of-box interoperability, one-stop infrastructure, and a ready-to-be-engaged community, it will be unleashing an innovation wave on Web3.0 accessible to all Substrate developers and Web3.0 teams. Interested investors will be able to support the Octopus Network on Skyward finance between August 22-29. 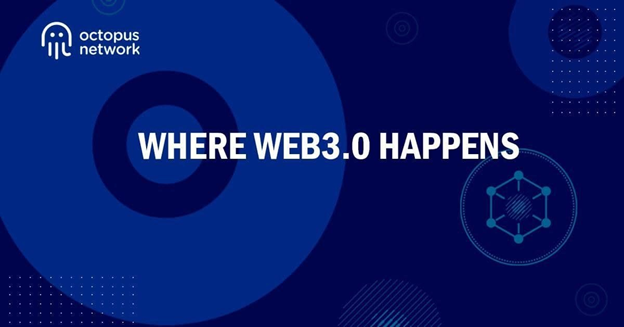 According to Octopus, the road to Web3.0 is already being actively paved by Polkadot and its precocious sidekick, Kusama – as well as the visionaries at Cosmos. All three of these protocols are premised on the inevitability of a future where multiple blockchains are able to interoperate with one another rather than existing in silos. In the same way that today’s Web2.0 internet TCP/IP standards define the internet as a network of networks with a vast range of services, interoperable cryptonetworks like Polkadot, Kusama, Cosmos, and Octopus are often referred to as the ‘Internet of Blockchains’ – a metaverse where decentralized cryptonetworks co-exist, exchanging value and information with each other.

Octopus describes itself as being similar to Polkadot and Cosmos in that it also aims to deliver decentralized applications for every online industry that the Web2.0 traditional middleman has heretofore controlled – and return value to the real creators – whether in DeFi, gaming, NFTs, DAO, advertising, the creators’ economy (video, audio, graphics, text), prediction markets, and more. Trustless, autonomous blockchains that can interact with each other have the advantages of both being sovereign and benefiting from the network effects of interoperability as services become more valuable when more people can use them.

But, according to Octopus Network, being a trustless multichain cryptonetwork comes with its own challenges. Setting up a consensus mechanism requires nodes, aka validators, that stake monetary funds to secure the chains. And each of these platforms – Polkadot/Kusama, Cosmos Zones, and Octopus Network – go about offering security for its sovereign chains in a different way. While Substrate has decreased both the cost and effort of building sovereign chains, security bootstrapping is still a technically complex and capital-intensive job for developers.

Octopus Network believes that launching a chain on Polkadot, Kusama, and Cosmos is expensive and out of reach for most start-ups and development teams and that the Octopus Network decreases the cost to launch an appchain 100X – from several million dollars to less than one hundred thousand dollars. Web3.0 should be accessible to everybody, not just wealthy protocols. Octopus explains that on the shared security design of Polkadot and Kusama, developers only have one choice – win a slot in the auction. A parachain must be able to pay for the consensus cost of one shard of the network, which can equate to tens of millions of dollars a year. The results of Kusama’s recent 5 auction winners speak for themselves, with the winning bids ranging from $25-$96 million. Cosmos’ application-specific blockchains are called ‘Zones.’ Cosmos Zones’ security model differs from the shared security model of Polkadot Parachains (‘parallel chains’) in that each Cosmos Zone must bootstrap its own unique active validator set from the ground up representing a large developer overhead for creating security.

According to Octopus, most projects that want to launch an appchain are startups that may not be able to afford the bond required for a Polkadot parachain lease or the overhead to bootstrap a unique validator set for a Cosmos zone. Compared to Cosmos’ sovereign security and Polkadot’s shared security models which risk completely pricing out smaller use cases and less wealthy developers, Octopus uses a leased security design.

Octopus states that, in Octopus, each appchain gets to decide its own economic model, including how many tokens it’s willing to pay validators for security. Octopus token holders decide which appchain they’d like to stake on, creating a free market where appchains can lease the security they need at market price any time.

The Octopus Network says it is different from its three predecessors – Polkadot, Kusama, and Cosmos – in that it’s lowering the economic barriers of Web3.0 innovation to make launching application-specific sovereign blockchains accessible to a broader range of innovators and use cases with no limits on scalability to unleash Web3.0 innovation for all.