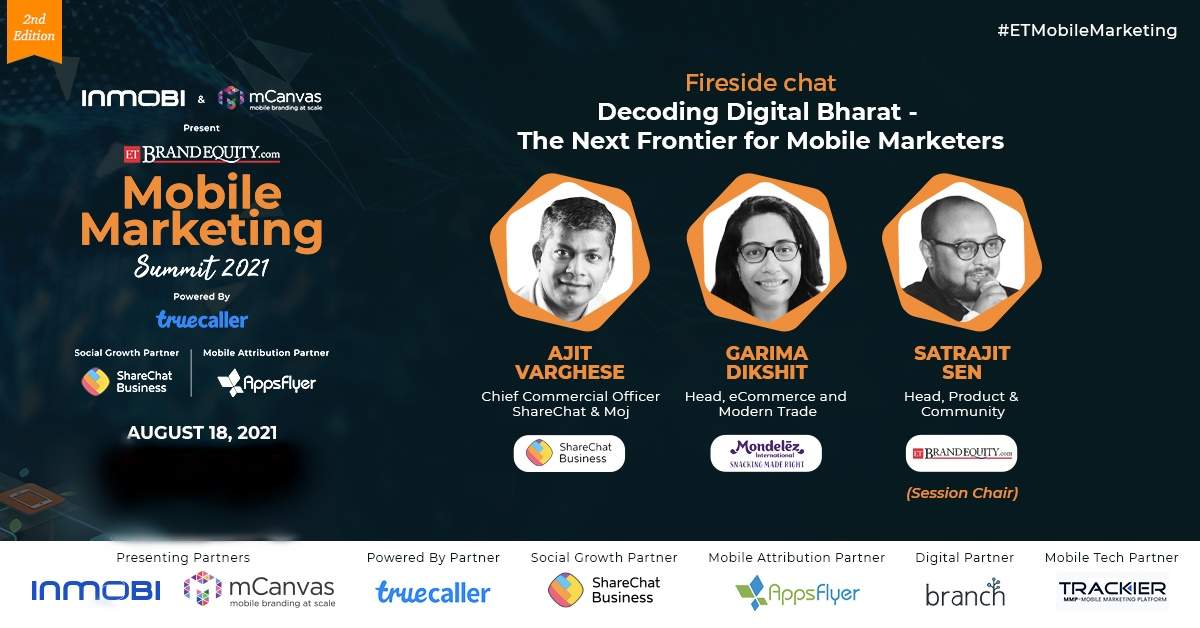 The adoption of the internet is happening at a brisk pace, especially when you consider the tier two and tier three towns in India. “The adoption has accelerated and is being led by Gen Z and millennials,” said Satrajit Sen, head, product and community, ETBrandEquity.com who was chairing the session.

“All the macro figures are really pointing towards the emergence or the resurgence of this Bharath consumer,” said Garima Dikshit, head, e-commerce and modern trade, Mondelez India.

She added that almost half of internet users are in rural India and they are accessing the internet from their phones. Stating a recent report she stated that nine out of 10 Indians who use mobile internet are non English users. “In my own business, 80% of users on our DTC business are transacting on their mobile. We know that clearly, this user is out there.”

She added, “In some of our e-commerce retail partners, three out of five orders are coming from tier-two and three towns and vernacular searches are rising. This is indeed, a real and a live opportunity.”

Ajit Varghese, COO, Sharechat and Moj added that most of the internet ecosystem which was led by Facebook was based on followership — you follow a certain set of people and then they have a set of followers. “Therefore, anything which gets popular as a content piece gets popular within your friends circle within your network.”

He said that over the last three-four years with the emergence of TikTok, the followership based on content based popularity has moved into an algorithm based delivery of content.

“The way you consume content is not by followership, or certain demographics, but it’s actually the freshness of content, driven by the algorithm which is almost predicting your behavior or reading your mind. So what it has led to is throwing up more and more fresh content.”

This leads to consumers spending more time on platforms and getting exposed to a wider variety of content, he added.

(This is an executive summary of the session, and the longer version will be uploaded in the coming days)