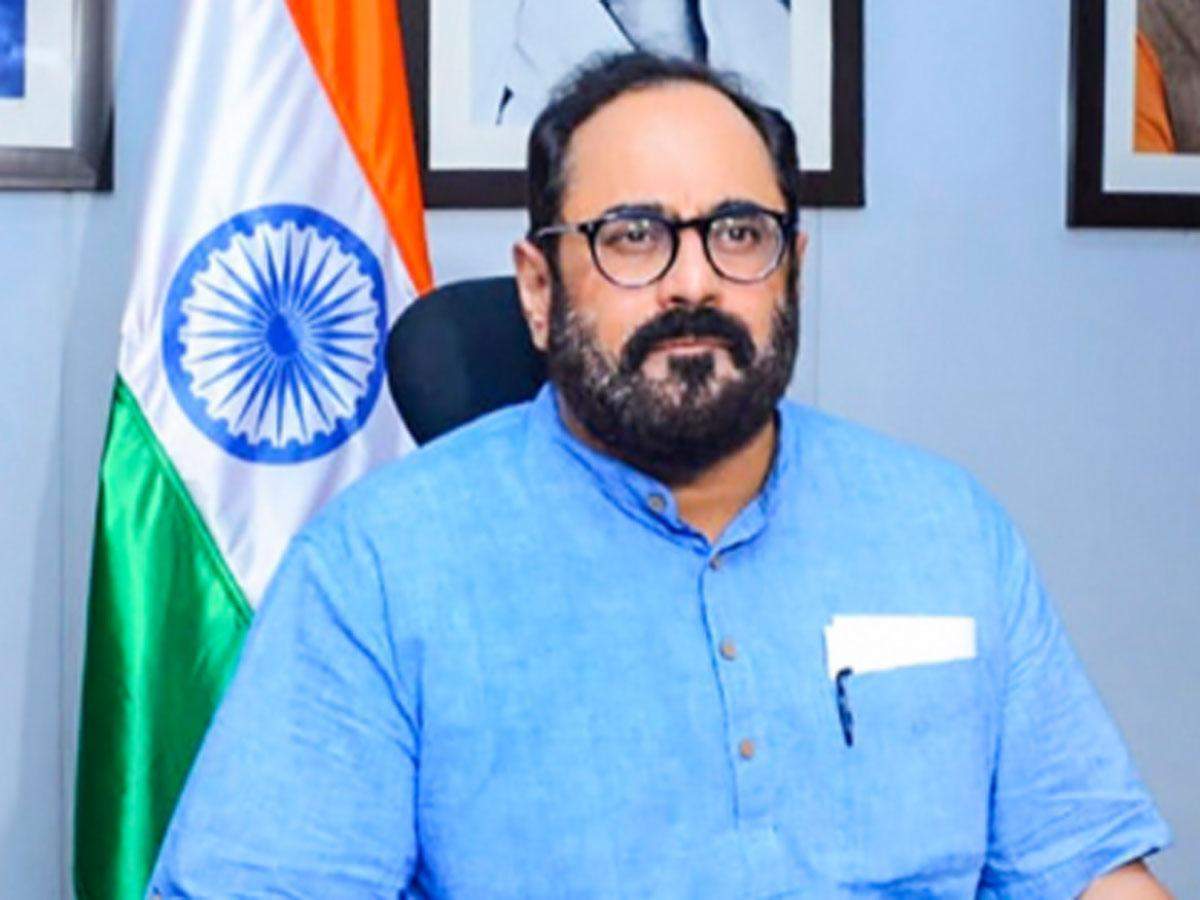 New Delhi: India is the “place to be” for app innovators today, Minister of State for Electronics and IT Rajeev Chandrasekhar said on Monday as he exhorted entrepreneurs to tap into massive opportunities offered by one of the largest digital economies and its expanding market. With Digital India unleashing the power of technology in the country over the last seven years, there can be “no better time” for young innovators or entrepreneurs to be trying out new ideas, Chandrasekhar said.

The app economy is galloping at a rate that is much faster than other areas of the digital economy, the minister said.

“For app innovators today, India is the place to be,” he said speaking at an event to launch ‘AmritMahotsav App Innovation Challenge 2021′ for Indian entrepreneurs and start-ups.

While areas like traditional software, e-R&D (Research and Development), and SAAS (Software as a Service) are growing fast amid rapid digitalisation in post-COVID world, the app economy represents significant value and opportunities.

“…that is an area India has lagged. The two years of app innovation challenge are not only about playing catch up of that aspect of digital economy but to create a huge momentum and sense of confidence that if there are other countries and entrepreneurs around the world who can do it, we can do it too,” Chandrasekhar pointed out.

Not only is the app innovation challenge a “challenge of ideas” and “competition of innovation”, it is also about getting a slice of one of the largest digital economies in the world.

“And given the fact that India is going to be one of the largest connected markets in the world in the next couple of years, if you’re an innovator anywhere in the world, this is the best place to be in,” the minister said.

Even underperforming or undershooting on audience targets would yield millions of users, he said adding that the Ministry of Electronics and IT is firmly behind entrepreneurs and startups, offering full support to them.

“You have heard of the term perfect storm and heard the term used in negative connotation…I consider this to be a perfect storm in positive connotation… Government is rock solid behind entrepreneurship and startups in particular. The ecosystem of the digital economy is growing leaps and bounds, and the post-COVID digitalisation of world and the digitalisation of India throws up that aspect of the opportunity,” Chandrasekhar observed.

Over 500 million people are estimated to be using smartphones in India, and three-quarters of them are online. Indians are also among the top downloaders of apps in the world, an official release said adding that the massive market holds a slew of opportunities for Indian innovators and tech wizards.