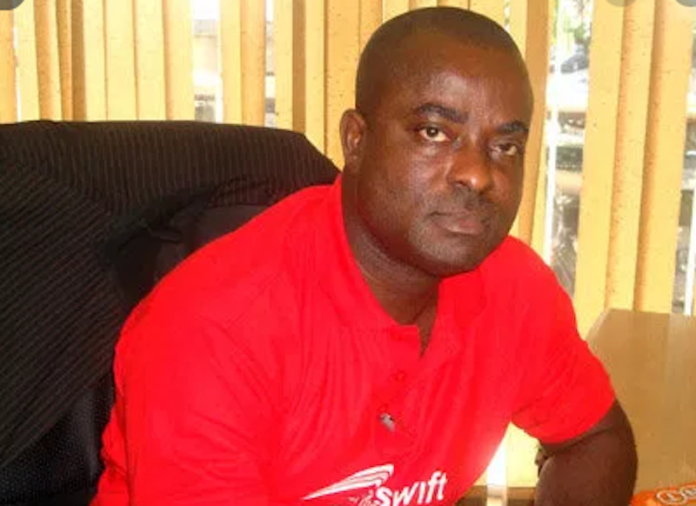 YOU are welcome to the last edition this month. Nigerian TRIBUNE of August 2 circulated four major blunders: “President Jonathan had always seized (taken) every opportuned (opportune) moment….” ‘Seizure’ in this context is a piece of Americanism! ‘Take’ is pleasant and melodious to the ear.

“…had while being screened by the Senate as a ministerial nominee passed a vote of no confidence on (in) the nation’s two major anti-corruption agencies….”

Lastly from Oke-Ado, Ibadan: “It is such a wonderful innovation that it is surprising that it never occured to anybody until now.” Spell-check: occurred.

THE GUARDIAN of July 31 issued this minimal error: “Talks over ASUU demands collapses (why?) again”

“Lagos govt condoles victims of market fire” Either condoles with or just consoles.

“If you are one, who ordinarily shy (shies) away from challenges, then don’t bother meeting her.” (SUNDAY PUNCH Essence, July 25) The subject-predicate dislocation here is preposterous.

“This, I believe, has been and should be the burning issues (‘issue’ it should be, commonsensically) in the state.” (Nigerian Tribune, July 30)

“Curbing the increasing menace of destitutes on the streets” (SATURDAY TRIBUNE, July 24). Simple: the destitute (not destitutes)

“NCC arrests 13 in Benue over piracy” (Saturday Independent, July 24) I will arrest my Ogba colleagues shortly for lexical insensitivity.

“Islamic banking will break-up Nigeria” (DAILY INDEPENDENT, July 29) Yet on this vexatious matter: phrasal verbs abhor hyphenation! So, break up the phrase.

“The 2021 World Investment Report has indicated that Nigeria is presently enjoying FDI inflow….” (Nigerian Tribune Business, July 29) I do not understand this obsession with the inclusion of ‘currently’ and ‘presently’ in sentences that have structural currency encapsulated in ‘is’—and ‘enjoying’—in this instance. Therefore, Nigeria is enjoying….

Nigerian TRIBUNE of July 28 inflicted damage on the English language thus: “The deployment of soldiers to serve in the Joint Task Force constituted to restore order in the beleaguered state….” The JTF and Boko Haram: restore order to (not in).

Yet another headline from National Mirror: “Minister calls for unity in the education sector” Education Today: educational sector.

“The three gentlemen were obviously having a great time walking almost hand in hand, trading banters over the unfolding drama among humans back on earth.” ‘Banter’ is uncountable.

“It looks like the IMF is demanding for conditions likely to slow down the pace and the exercise.” Yank away ‘for’. When used as a verb, ‘demand’ does not take ‘for’, except in the noun form.

For the umpteenth time: “Lagos commissioners sworn-in (sworn in)”

“Every decision of government is subjected to the magnifying lenses of interest groups that invariably include ethnic and geopolitical gladiators and champions of all manners (manner) of group interests.”

“The efforts of the police command in identifying the dangerous areas and in alerting the residents is (are) acknowledged.”

“The damages and loss of lives to NATO and Yugoslavia were unnecessary.” ‘Damage’ in this context is uncountable.

“An agenda similar to that of Murtala/Obasanjo regime was hurriedly packaged to cleanse the civil service in order to enhance performance and inculcate discipline into (in) our national life.”

“Nigeria and the international community has (have) just celebrated this year’s World Literacy Day.”

“They have not yet established the full processes of their interaction in the chamber too, and the formality of procedures are now still (is still) being developed.”

“The German African Project which was conceived as a cultural milieu between the two countries….” A review: between the countries, preferably even as the excerpt is now acceptable, according to the dynamics of the language.

“I wish the politicians, especially the elected ones, should feel the pause (pulse) of the people….”

“Part of this quality sense concerns the debate on how best to eat a dish, with cutleries or with the ten fingers.” Would it have been nine fingers? ‘Cutlery’ is uncountable.

“There has (have) been electoral programmes before, so what is different with this one.”

“Senators yesterday in Abuja assured that the PIB bill would be ready for promulgation next week.” Who did they assure?

“I am a product of a system which allowed a poor farmer-cum-fisherman’s son to go through the very best schools…..” ‘Best’ has reached the end-point of intensification and cannot be inflected (by adding ‘very’). It is an absolutely superlative word.

“During the heydays of Christian missionary activity in the southern parts of Nigeria, communities were actively involved in building schools.” Thoughts on education: ‘heyday’ is uncountable.