Having a bike set up that supports your biomechanical system is important for performance gains and to simply keep riding, by not causing yourself an injury. Different handlebar widths are specced on different size bikes to better accommodate each rider’s shoulder width and we’re advised to swap in a saddle that’s the ideal width to support our sit bones… so what about the distance between our feet? 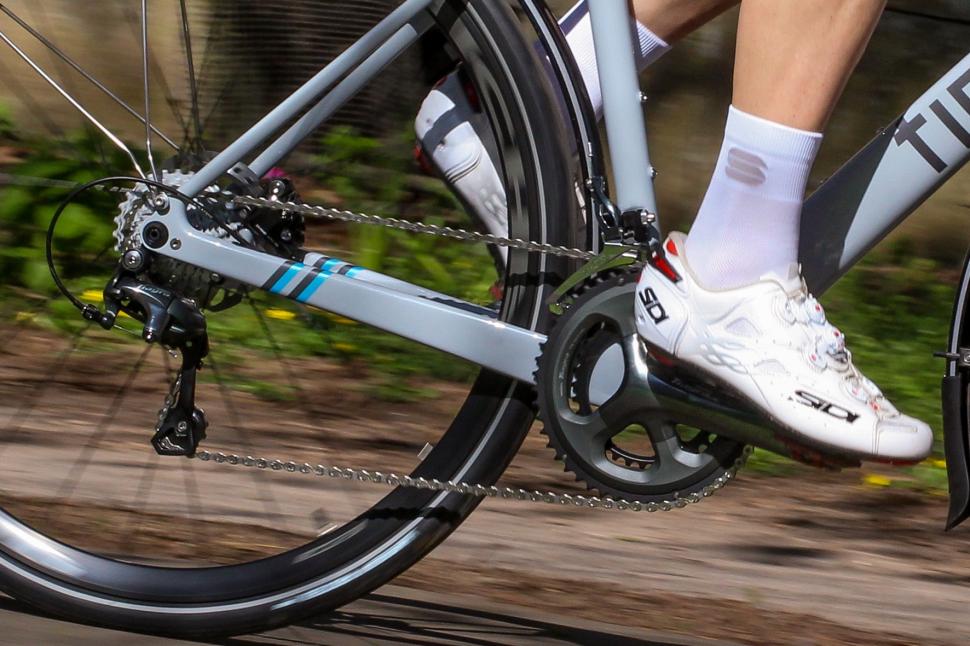 This distance between your feet is called your stance width, and it’s an often overlooked bike fit parameter that can be adjusted for better hip, knee and foot alignment to optimise your pedalling motion and reduce strain.

We spoke to former British Cycling head physiotherapist Phil Burt to find out the ins and outs of stance width, how it relates to another term you may have heard of, Q-factor, and why you should consider taking a closer look at what’s the ideal set up for you.

What is stance width?

Stance Width is not the same as Q-factor. It’s important to be aware of exactly what each term is referring to, so…

Therefore the pedal spindle width—which is the distance from the centre of the pedal body to the outside face of the crank arm—affects stance width but not Q-factor.

Then there’s Q-angle which is the alignment between the femur (the upper leg) and tibia (the lower leg).

“The Q-angle is the angle between your hip, your knee and where your foot is on the pedal, and that’s why there’s often talk about women having a larger Q-angle because women generally have wider hips while being on the same pedals as everyone else,” Phil of Burt Innovation notes.

It’s your total stance width that you need to pay attention to as this affects how it feels to pedal. As stance width is affected by Q-factor though it’s worth understanding how this value is landed on.

How is Q-factor decided upon?

Q-factor differs between different cycling disciplines rather than bike sizes (as handlebar width does) because it determined by the bottom bracket width, chainstay length and tyre clearance. 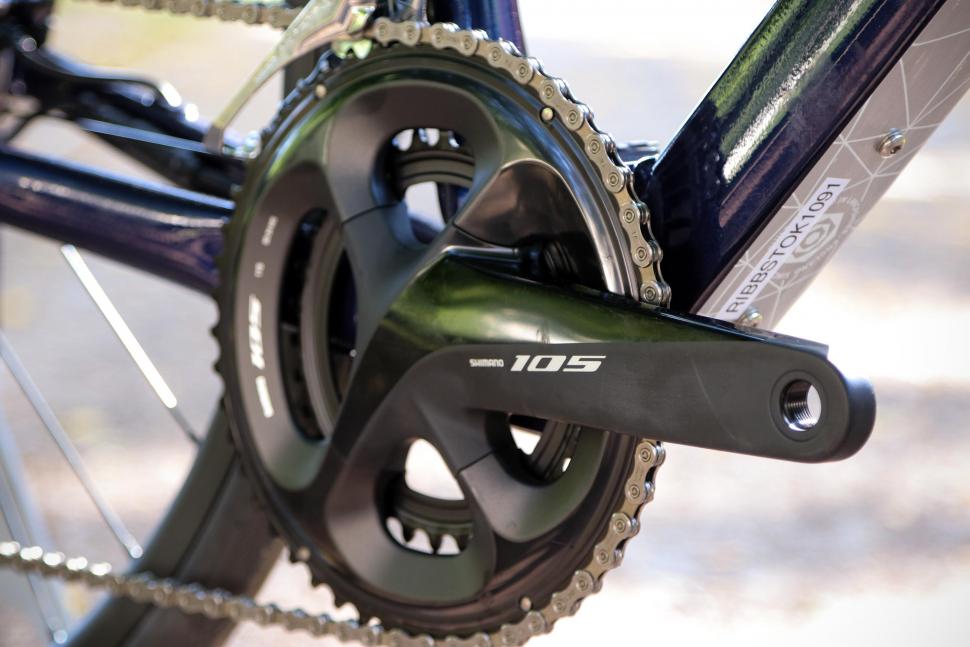 Larger tyres require more clearance and therefore need wider chain stays and bottom bracket area, and it needs to be a certain width at the crankset for the chainline that runs to the cassette—hence why fat bikes have the largest and road bikes are the narrowest Q-factors as they have the largest and narrowest tyres respectively.

Why is stance width important?

“Stance width is often a forgotten fit parameter,” Phil notes. “Where your feet are remains exactly the same distance apart, no matter how big or small you are, and that kind of freaks me out a little bit.”

While stance width can be decreased for improved aerodynamics, finding the appropriate width is important to ensure proper hip and knee alignment in each pedal stroke, to optimise performance as well as reduce the chance of injury. 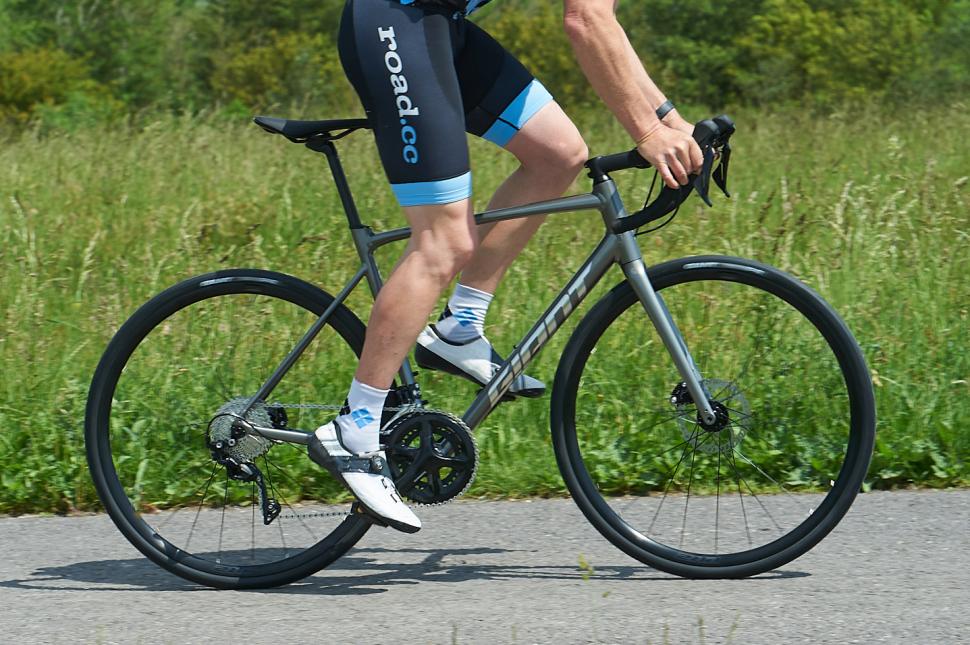 > How to maximise your fitness when you get to 40+

With using clipless pedals, you’re pretty much stuck in that position, give or take a bit depending on how much float you opt for with your cleats, and so it’s important to get right.

Pedalling at a cadence of between 75rpm and 95rpm, you can rack up an awful lot of pedal strokes and even if each is only a little off it can add up to a lot of strain, particularly at your knees. “Increasing stance width can sometimes remove knee pain,” Phil points out.

> Cycling cadence: how fast should you pedal?

There’s both handlebar width and saddle width that we adjust to best suit our body shape, so why aren’t we also paying more attention to the width at the pedals? Pedals are the platform through which you hammer all you’ve got to give.

“Stance width can be an incredibly powerful parameter to manipulate, but you need to know what you’re doing with it,” Phil says.

How can you tell if you should widen your stance width?

While there are no outright rules in determining what your correct stance width should be and it’s worth consulting with a bike fitter to get right, there are some discomfort signs and/or pedalling styles that can suggest you’re not riding with the best stance width for you. 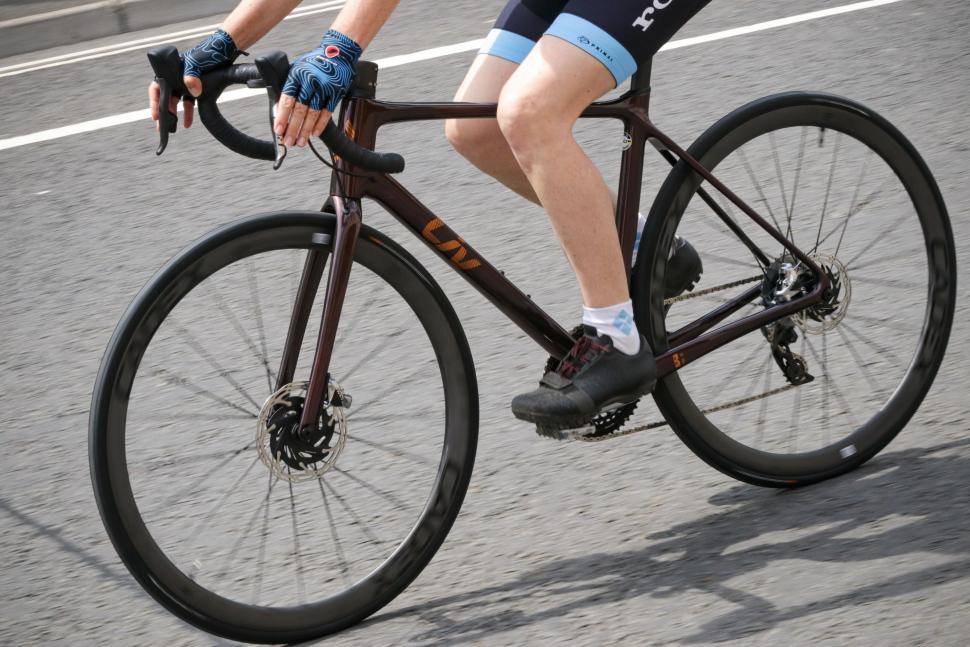 > Should you get a bike fit?

If you are experiencing certain types of saddle sores, bilateral ones, these could be relieved by increasing the distance between your feet at the pedals Phil notes.

“If you have what I call gutter saddle sores—in the crease between your groin and where your legs start—adjusting saddle fore/aft or getting the tilt right for support can help, but also by just putting a washer on each side makes a massive difference,” Phil recommends.

He points out that people with certain types of biomechanics, such bowed legs (when your knees are really far apart), could benefit from a wider stance width as these sorts of riders struggle to come back into the pedals for an effective motion.

Also, next time you’re riding look down at your own pedalling style as there’s signs that could point to fit issues that could be solved by increasing stance width.

“Often people who’ve got a wide pelvis, and therefore have a big Q-angle, will find this if the Q-factor is too small here with a standard set up.

“If you make the stance width wider then your knee can’t get as close.”

Phil adds: “You may still have that movement pattern, but if you move it wider then that’s happening further away from the top tube and the hip is more in line with where the foot is – that’s decreases the Q-angle.”

As well as paying attention to pedalling style, body size has an effect on what’s the optimal stance width for you.

If you have a wider pelvis, and therefore ride a wider saddle for sufficient support, this could be an indication that a wider stance width would suit you better. Women tend to have wider pelvises and Phil notes that he has put more women on wider pedals (to increase Stance Width) than men in his practice.

Asking Phil if having a wider saddle is a handy sign that you should be considering a wider Q-factor, he replied: “It seems to hold true and I have had success with that, fixing knee pain for example.”

Be careful changing your stance width 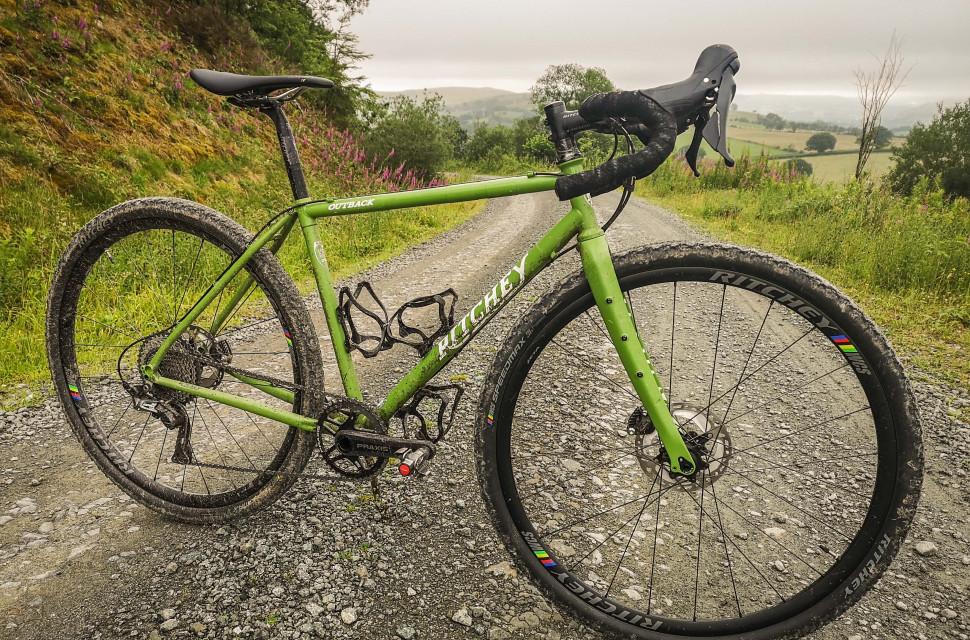 “Some people find when they go from a mountain bike to a road bike because the Q-factor has decreased and the Q-angle has increased, that can sometimes lead to issues like ITB pain and problems like that.

“Going narrower can increase the strain on our lateral structure.”

But either way, it’s the change bit that may be the harm. “If don’t really notice changes to your bike position you’re probably going to accept differences in stance width with no consequences to your performance, other people who are sensitive need to be wary of that,” Phil warns.

It affects the way it feels to ride, and this potentially has a knock on effect with performance…

Does it rob you of power?

“If your Q-angle is too big and your stance width is too narrow for you, I think it does rob you of power, so going wider may help.”

Phil caveats this: “Increasing your Q-factor riders could see a decrease in power because the environment they’re operating is different.

“Almost everyone has learnt to cycle on the standard width, so although changing could be better, it might feel a bit different to begin with,” Phil notes.

It might take some adapting to and in this period you could see a drop in your power output, though Phil adds, “there’s no reason why you might not adapt to that over time though.” 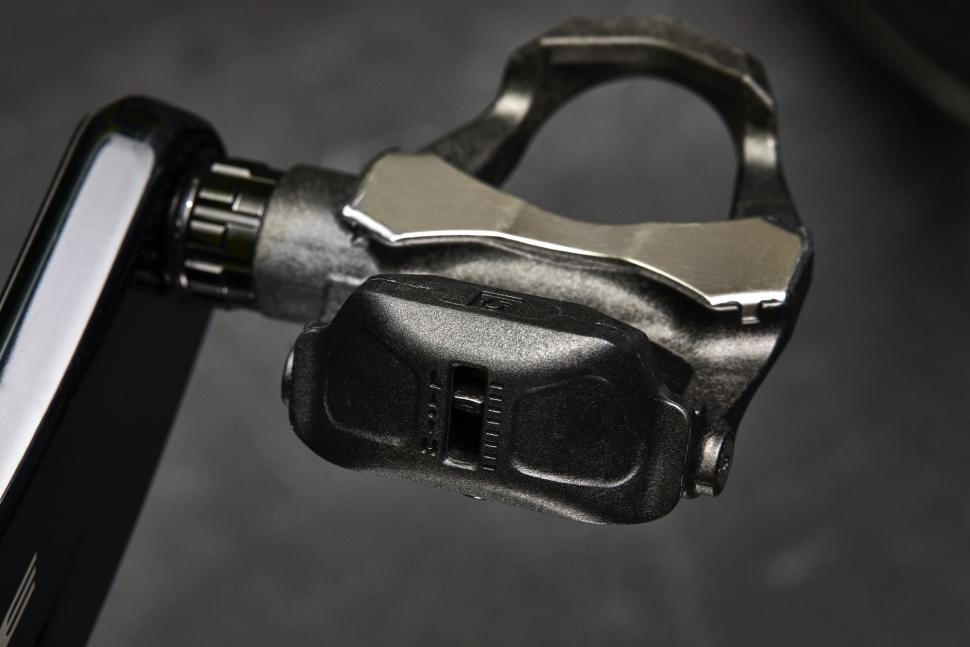 A narrower or wider stance width in itself doesn’t necessarily result in a greater or lower power output.

Read More:Could the wrong stance width be affecting your cycling performance? Find out what it is