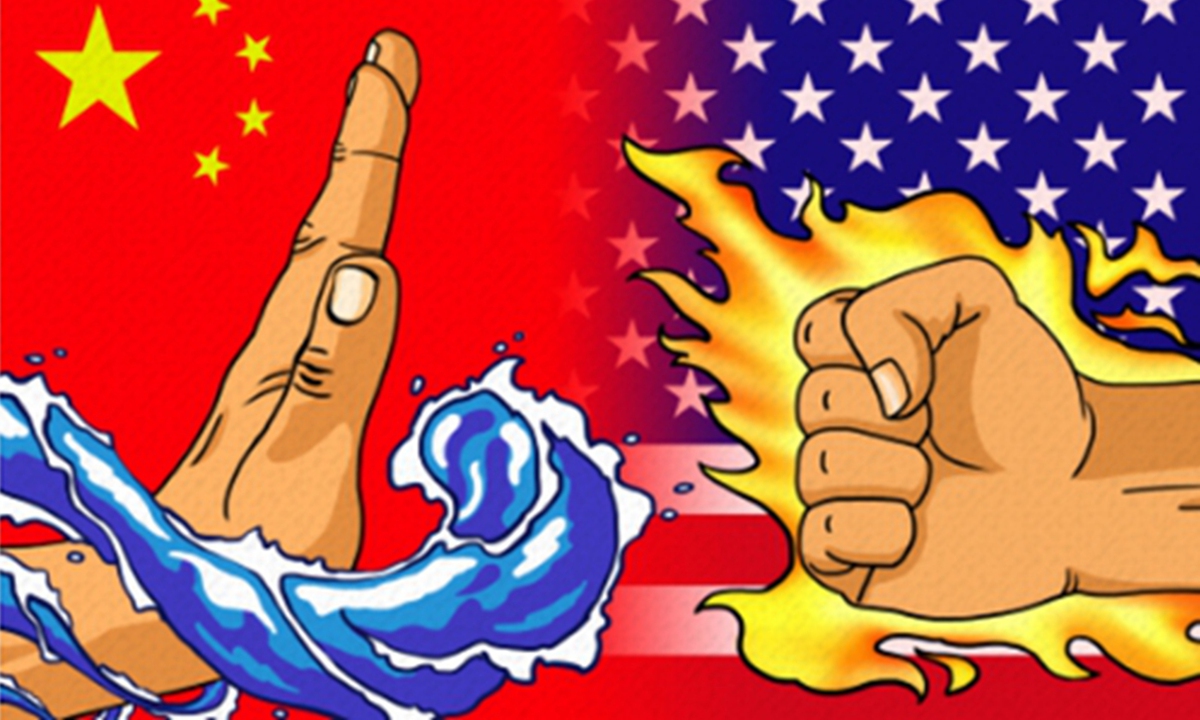 As a bipartisan “anti-China” consensus seems to become increasingly solid in the US and the US’ foreign policy is showing more recklessness, how will the US’ China policy develop in the future? How can the impasse of China-US relations be broken and move the ties forward? Global Times (GT) reporter Li Qingqing talked to Michael D. Swaine (Swaine), director of the US think tank Quincy Institute’s East Asia program, on these issues in an exclusive email interview.

GT: The Quincy Institute (QI) promotes ideas that move US foreign policy away from endless wars and toward vigorous diplomacy in the pursuit of international peace. Can you elaborate how QI will help bring US foreign policy back to the right track?

Swaine: QI was largely created in response to the endless, destructive wars that resulted from both international terrorism (such as the 9/11 attacks) and the heavily militarized US response to such terrorism of the 1990s and 2000s, directed at the Middle East and Central Asia.  But more broadly, it is also a reaction to the continuation of America’s expansive global military presence and highly active military role around the world, and the continued US commitment to maintaining some form of “leadership” and primacy.

QI believes that these views, linked to America’s heavy military footprint in various areas, along with the domestic influence exerted by the US military-industrial-Congressional complex, creates a self-perpetuating, excessive stress on viewing world politics as a series of military threats.  This tends to lead to a reduced level of attention to diplomacy, the neglect of new, non-military approaches to ensuring American and global security and prosperity, the drawing of worst case assumptions regarding the motives and policies of other nations, a heavy stress on ideology and the supposedly inherent hostility existing between democratic and non-democratic nations, and a continued stress on maintaining US global primacy, despite clear signs of the need for a more balanced, shared type of leadership among the major centers of global power.  These features, when combined with America’s highly divided and sclerotic political system, causes the US to downplay transnational threats such as climate change and pandemics and ignore many domestic problems requiring high levels of attention.

QI desires to reduce the tendency toward all of these characteristics of US foreign policy by: 1) calling attention to the counter-productive effects of a continued US search for primacy and sole global leadership; 2) describing the costs, in lives and treasure as well as missed opportunities, of using the military to solve problems for which it is not suited, such as nation-building; 3) revealing the economic and political interests of some US elites in encouraging a continued stress on high levels of defense spending and in defining the primary threats to the nation as being posed by other nations; 4) offering alternative foreign policies that place a greater stress on diplomacy and bridge-building with other nations, as well as more accurate assessments of the challenges posed by China and other nations; 5) working with other organizations and individuals, including NGOs, members of Congress and the Executive, and other think tanks and members of the media, to advance the above activities.

The purpose of such action is not to revert to a form of American isolationism or pursue a naïve set of appeasement policies toward China, Russia, or other countries, or entirely neglect our military or other forms of effective deterrence against potential and actual threats.  The purpose is to reduce the likelihood of conflict and instability for the American people and the world via restraint, diplomacy, and an accurate estimate of both the threats and opportunities we face.  This requires viewing China as not just a strong competitor and a potential threat in some areas, but also as a critical collaborator or at the very least as a country that can pursue many common interests with the US and the West via parallel but largely separate undertakings.  It also requires an end to the Cold War-like, zero-sum, and ideological rhetoric casually employed in both the United States and China.  Beijing might say that it is opposed to Cold War thinking, but its characterization of the United States in CCP documents often contains language reminiscent of the Cold War.

GT: During an exclusive interview with the Global Times, Singaporean political scientist Kishore Mahbubani said, “what you have in Washington, DC is a massive amount of intellectual laziness. This intellectual laziness was a result of Francis Fukuyama’s essay ‘The End of History,’ which reduced everything to being black or white.”

Is the recklessness of US foreign policy related to the advice of Washington think tanks?

Swaine: During the past few years, most of the “recklessness” of US foreign and domestic policies was due to the incompetence and irresponsible views of the Donald Trump Administration (with only a very few exceptions), along with the policy failures resulting from the exaggerated and misplaced assessment of the so-called “failure” of American engagement with Russia and China offered by many US politicians and policy analysts.  Under the Biden Administration, US foreign policy has become far less reckless and unpredictable.  But it nonetheless still shares some of the ills of the Trump policies, especially toward China. It remains too heavily politicized, ideological, zero-sum, and neglectful of the need to actively reduce worst casing and strengthen incentives for the US and China to collaborate or coordinate their approaches to critical problems.  It is still groping for an effective China strategy.  More broadly, the Biden Administration is also still wedded to the idea of a global US military footprint, based on hundreds of overseas bases operating at high cost and with a heavy carbon footprint.

Most US think tanks, as organizations, have only a very limited effect on US foreign policy.  Some heavily ideological think tanks and their researchers receive privileged levels of access and attention from sympathetic administrations, and thus often serve merely to push the agenda of those administrations, offering little real independent or new types of policy analysis.  Less ideological think tanks focus primarily on creating high-quality, independent research.  Yet many of these think tanks nonetheless still produce very conventional lines of analysis that serve to validate the existing assumptions or views of the overall Washington DC policy community, including those of virtually every US administration.  That said, in general, any US think tank is more independent intellectually than any Chinese think tank.  For most Chinese think tanks, “independence” signifies a need to raise funds independent of the Chinese government, not to produce analysis that could be independent from the policies of the Chinese government.

GT: “65+ Orgs: Cold War with China is a Dangerous and Self-Defeating Strategy,” entitled an article released by The QI in May. Against the backdrop that a bipartisan “anti-China” consensus is becoming increasingly solid in the US, how do you evaluate the significance of such a proposition of the institute today?

Swaine: I think the proposition still holds true today, perhaps even more.  There is a definite need for the US and China to avoid slipping into a genuinely antagonistic, hostile relationship with few opportunities for cooperation or collaboration and an increased chance of conflict.  Both the United States and China are driving this negative dynamic.  China will fail to address the problem if it simply continues to blame the tensions in the relationship on the United States alone.  Many of the anti-China views in the US result from actions taken by Beijing, including its repressive policies in Xinjiang and Ho
ng Kong, its often excessive “wolf-warrior diplomacy” tactics toward other countries, its utter refusal to adopt more flexible policies toward the Taiwan government, and its persistent and highly damaging cyber and trade violations, to name a few.

Many Western people (and some Chinese) are also very concerned over the greatly increased policy emphasis of the PRC government on CCP controls over China’s society and economy, on CCP ideology, and on the authority and thinking of…

Read More:Biden will not abandon US’ One China policy: US scholar